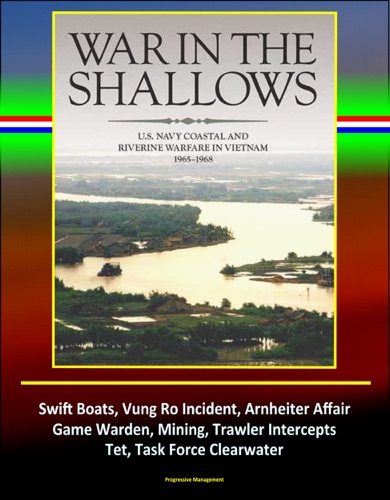 Professionally converted for accurate flowing-text e-book format reproduction, this report by the U.S. Navy represents the first comprehensive scholarly attempt to piece together the operational history of the U.S. Navy in South Vietnam from the first coastal patrols in 1965 through the 1968 Tet Offensive. The U.S. Navy invested many resources to the in-country war: in addition to vast amounts of equipment purchased and expended, the three shallow-water task forces lost 457 sailors during the war, and many others were wounded. This book seeks to understand what kind of return the U.S. Navy received for this investment and sacrifice. How did the Navy's coastal and riverine force affect the overall allied effort in Vietnam? How did the Navy's operational tactics evolve over the period? How did the Navy quickly develop an inshore capability and adapt to the unpredicted combat situation in Vietnam? Was Vietnam a triumph for naval arms or a travesty or something in the middle? In the 2004 presidential campaign, Senator John Kerry made much of his experiences in Swift boats in Vietnam, but did these small boats and others like them have a measurable impact on the struggle? These are some of the central questions this book addresses.

The impact of the Vietnam War on the Navy's sailors is another important theme of this book. Who were the men who fought in the shallows and how did they differ from traditional sailors with the Seventh Fleet and other blue water units? Was there something unique about the culture of the brown and green water Navy? Did these forces represent an elite force as many memoirists have implied? To help answer these questions, more than 125 veterans were interviewed. Whenever possible, their stories are woven into the narrative to expose the human side of the Navy in South Vietnam. Material from these interviews also serves to drive the narrative, making it accessible to readers more accustomed to biography than traditional operational history based solely on documents. After-action reports, usually written in the driest language by staff officers removed from the action, only offer one picture of a battle—a picture often factually accurate but lacking Sturm und Drang (storm and stress). These reports do not reveal the thoughts of a sailor fighting for his life on a lightly armed small boat or the fabric of his daily life on patrol or at his base, ashore or afloat. Oral histories, when used in combination with documents, provide a necessary tool for reconstructing the world of the shallow water sailor. They offer a glimpse of the humanity behind the hardware rarely seen in message traffic or action reports. To ensure authenticity the spelling and punctuation in the original quotations have been maintained, and the treatment of measurements remain true to their sources.

If the Navy's World War II historical narrative was dominated by admirals such as Chester Nimitz, William Halsey, and Raymond Spruance, the Vietnam narrative consists of many smaller tales told by junior officers and petty officers. In Vietnam, lower ranking personnel played a larger role in combat decision making than ever before in U.S. Navy history. In both the River Patrol Force and the Mobile Riverine Force (MRF), petty officers often commanded the major fighting unit of conflict—the small boat. Even in the Coastal Surveillance Force, only one junior officer typically rode on a Swift boat, which meant that ordinary sailors performed many significant jobs held by officers on larger vessels. By delving into the social backgrounds of enlisted boat captains and their crews, this book strives to highlight the fact that these ordinary men possessed "agency," or the capacity to act independently and control events.