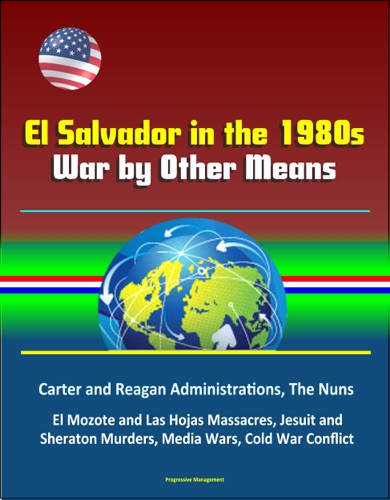 Professionally converted for accurate flowing-text e-book format reproduction, this unique case study examines America's involvement in the El Salvador civil war of the 1980s. Through the 1980s, the United States involved itself in a civil war in the smallest country on the mainland of the Americas. With a population roughly the equivalent of the Washington, D.C., metropolitan area and no clear geo-strategic benefit, El Salvador became an issue of constant concern at the highest levels of the U.S. government. U.S. President Ronald Reagan made televised addresses about El Salvador and spoke to a joint session of Congress about assistance to the tiny country. For a few years, only Israel and Egypt received more assistance. However, even with El Salvador prominent in the top tier of U.S. foreign policy concerns, a war going on there, and the United States committed to one side, we never had more than about 200 military personnel in that country on any given day. While the U.S. could have brought overwhelming force to bear, we put few boots on the ground. The U.S. military was nonetheless an indispensable element of U.S. policy. The other part of the story is that the Salvadoran government was dependent on the performance of a military that was profoundly flawed—murderous, corrupt, and attached to its historical impunity.

Chapter I - Introduction * Chapter II - A Moment in Time * Chapter III - The Carter Administration * Chapter IV - The Interregnum * Chapter V - The Reagan Administration * A. Personnel Initiative * B. Military and Diplomatic Initiatives * C. A Legislative Offensive * D. A Public Affairs Offensive * Chapter VI - Policy to Practice * A. The War Powers Act * B. "The 55-Man Limit" * C. Equipped for Combat? * D. "Where Is the Combat Zone?" * E. What Are Combat Operations? * Chapter VII - With Friends Like These * A. The Nuns * B. The El Mozote Massacre * C. The Las Hojas Massacre * D. The Sheraton Murders * E. The Jesuit Murders * Chapter VIII - Trust and Learning * A. A War in (and Sometimes With) the Media * B. Quivering Before the Camera * C. Embrace the Hacks * D. Shaming the Devil * E. Crossing Swords * F. Helping Out * G. The Guest House * H. Graciousness from a Pillar of American Socialism * Chapter IX - Leverage? What Leverage? * Chapter X - Final Issues for Discussion * Annex A: Suggested Reading * Footnotes