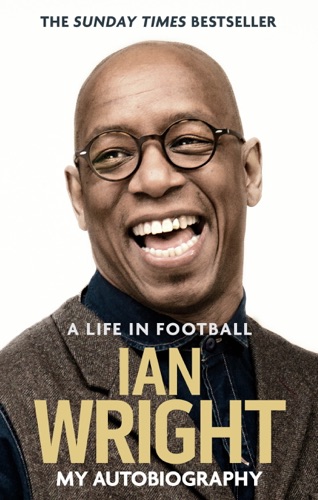 Ian Wright, Arsenal legend, England striker and TV pundit extraordinaire, is one of the most interesting and relevant figures in modern football.

His journey from a South London council estate to national treasure is everybody's dream. From Sunday morning football directly to Crystal Palace; from 'boring, boring Arsenal' to inside the Wenger Revolution; from Saturday afternoons on the pitch to Saturday evenings on primetime television; from a week in prison to inspiring youth offenders, Ian will reveal all about his extraordinary life and career.

Ian will also frankly discuss how retirement affects footballers, why George Graham deserves a statue, social media, why music matters, breaking Arsenal's goal-scoring record, racism, the unadulterated joy of playing alongside Dennis Bergkamp and, of course, what he thinks of Tottenham.

Not a standard footballer's autobiography, Ian Wright's memoir is a thoughtful and gripping insight into a Highbury Hero and one of the greatest sports stars of recent years.