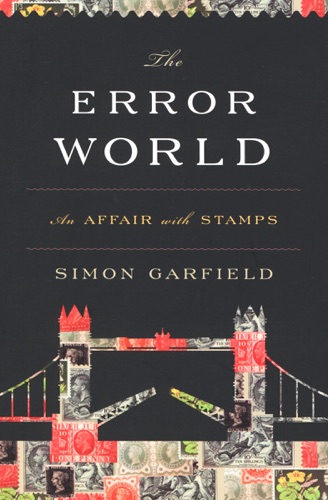 An obsessively readable memoir about the passions—and perils—of collecting, from the New York Times–bestselling author of Just My Type.

From the Penny Red to the Blue Mauritius, generations of collectors have been drawn to the mystique of rare stamps. Once a widespread pastime of schoolboys, philately has increasingly become the province of older men obsessed with the shrewd investment, the once-in-a-lifetime find, the one elusive beauty that will complete a collection and satisfy an unquenchable thirst.

As a boy, Simon Garfield collected errors—rare pigment misprints that create ghostly absences in certain stamps. Then, in his mid-forties, this passion reignited—and it began to consume him. In the span of a couple of years, he amassed a collection of errors worth upwards of forty thousand British pounds. But as he was pursuing this secret passion, he was also pursuing a romantic one—while his marriage disintegrated.

In this unique memoir, Simon Garfield twines the story of his philatelic obsession with an honest, engrossing exploration of the rarities and absences that both limit and define us. The end result is a thoughtful, funny, and enticing meditation on the impulse to possess.