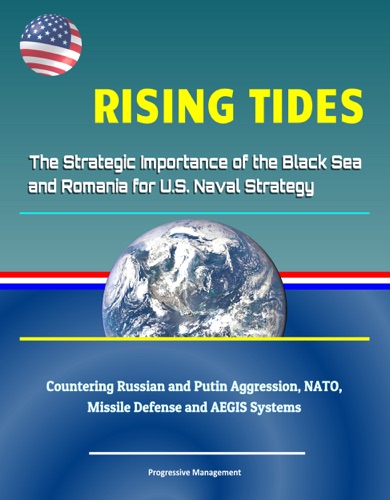 This report has been professionally converted for accurate flowing-text e-book format reproduction. Since Russia's annexation of Crimea in March 2014, the relationship between the United States and Russia has regained the attention of America in ways not seen since the final days of the Cold War. Romania, a nation historically embattled between the East and West, positions itself as a stalwart ally of the United States against a resurgent Russia. To understand the motivations of each actor, one must be keenly aware of both the history and the culture of each side. As the United States navigates into unforeseen waters piloted by the Trump administration, a possible battle on the Black Sea appears imminent, if not in military might then certainly in ideology. This study explores the past interactions of Romania, the United States, and Russia through an historical perspective in order to analyze present motivations. An attempt to understand intentions behind actions may prove helpful in preventing a possible flashpoint on the Black Sea and a renewed Cold War.

The study will contain chapters on the major influences in Romania and the Black Sea as well as chapters containing the differing historical and cultural perspectives of actors involved. The first chapter will be the introduction outlining the history of Romania in regard to the effects on current issues. Following the introduction will be chapters on Romania's evolution in NATO and the European Union as well as the relationship specifically with that of the United States. In addition, a chapter will discuss current issues and conflicts from the western perspective and then that of the Russian perspective. The final chapter and conclusion will provide implications for future Black Sea/Romania-Russia potential for cooperation as well as conflict.

Russia's aggressive actions, including provocative military activities in the periphery of NATO territory and its demonstrated willingness to attain political goals by the threat and use of force, are a source of regional instability, fundamentally challenge the Alliance, have damaged Euro-Atlantic security, and threaten our long-standing goal of a Europe whole, free, and at peace. ... Russia's destabilizing actions and policies include the ongoing illegal and illegitimate annexation of Crimea, which we do not and will not recognize and which we call on Russia to reverse; the violation of sovereign borders by force; the deliberate destabilization of eastern Ukraine; large-scale snap exercises contrary to the spirit of the Vienna Document, and provocative military activities near NATO borders, including in the Baltic and Black Sea regions and the Eastern Mediterranean; it's irresponsible and aggressive nuclear rhetoric, military concept and underlying posture; and its repeated violations of NATO Allied airspace.