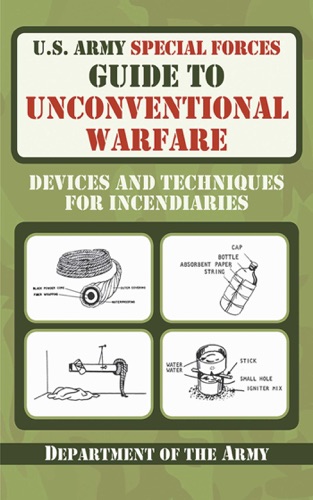 U.S. Army Special Forces Guide to Unconventional Warfare contains incredibly detailed information and visuals provided by the U.S. Army. With this guide, you will be able to easily apply its material to understand and create initiators, igniters, and incendiary materials.

This is an anarchist cookbook of sorts by army guys. It is an improvised munitions handbook made from U.S. Army intelligence. The table of contents includes gelled gasoline, fire fudge, napalm, silver nitrate, concentrated sulfuric acid, fuse cords, spontaneous combustion, and delay mechanisms. Brimming with special forces secrets, this guide is a critical tool for any provocateur-in-training and provides insight into how American special forces are fighting our enemies overseas.