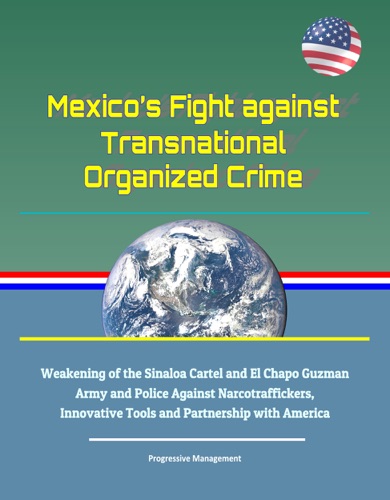 This excellent short report has been professionally converted for accurate flowing-text e-book format reproduction. This compilation includes a reproduction of the 2019 Worldwide Threat Assessment of the U.S. Intelligence Community.

This article examines Mexico’s serious and evolving security challenges, and the key initiatives and critical issues confronting the nation’s security forces. It argues that the Mexican government has made important progress against a range of criminal groups and in innovating and strengthening its own capabilities to combat such entities and associated flows of illegal goods—capabilities that deserve to be recognized, further refined, and exploited in partnership with the United States and Mexico’s other neighbors. It concludes with recommendations for U.S. policy makers regarding the importance of strong and respectful support for Mexico at the present critical juncture.

The security environment in Mexico is characterized by a dangerous fragmentation of and competition among criminal groups that pushed the nation’s homicide rate to a record high of 22.5 per 100,000 in 2017, a 27.5 percent increase over the prior year. The nation, whose security and prosperity strongly impacts the United States through geographic proximity and associated flows of people, money, and goods (both licit and illicit), is at a critical juncture in its fight against transnational organized crime. Since Mexican President Felipe Calderón launched the “war against the cartels” in December 2006 with the deployment of the Mexican army into the state of Michoacán, the nation’s security forces have taken down the leaders of multiple powerful criminal groups and debilitated their organizations. In the process, the Mexican military, police, and other security institutions have evolved their institutional structures, modified both their strategy and their doctrine, and strengthened their ability to combat transnational organized crime. Yet as with the experience of the United States in combatting terrorist groups in Iraq and Afghanistan, Mexico’s fight against the cartels, both despite and because of its successes, has created a more chaotic criminal landscape, with both a higher level of violence and a broader range of criminality.

Complicating Mexico’s security challenge is the disposition of the Trump administration to act aggressively against illegal immigration from Mexico (among other countries) into the United States, along with U.S. renegotiation and possible abandonment of the North American Free Trade Agreement. These actions increase stressors on Mexico, including the prospect of expanded deportations of immigrants to Mexico, the loss of remittance income, and impeded access by Mexican producers to the U.S. market. The Trump administration’s actions, magnified by rhetoric that many Mexicans perceive as an insult to their country and people, have combined with Mexican frustration over the persistence of violence and corruption to create the real prospect that leftist populist candidate Andrés Manuel López Obrador could win the July 2018 presidential election, potentially taking Mexico on a course of more distant political relations and decreased security cooperation with the United States and expanded engagement with extra-hemispheric rivals of the United States such as Russia and China.