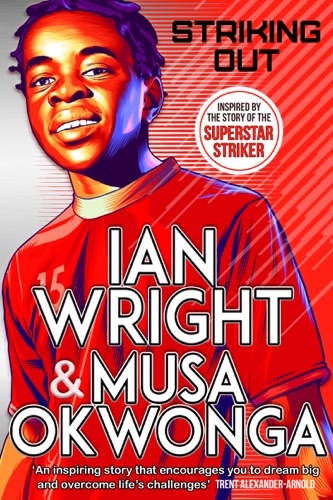 From the winning writing team of Ian Wright and Musa Okwonga. Inspired by the story of the superstar striker, Ian Wright. “An inspirational story that encourages you to dream big and overcome life’s challenges.” Trent Alexander-Arnold Thirteen-year-old Jerome Jackson dreams of becoming a world-class footballer. But with a difficult home life, Jerome can’t see how he’ll ever make this dream come true … until he meets a mentor figure who can hopefully put him on the right track. "The best strikers aren't the most skilful ones. They are the ones who never give up."
* Perfect for fans of real-life drama
* Readers will love Ian Wright’s cameo role in the story
* With phenomenal cover art from Benjamin Wachenje.

Ian Wright is one of the UK’s all-time leading goal scorers. He’s lifted the Premier League title, The FA Cup, the European Cup Winners’ Cup and won the Premier League golden boot. Musa Okwonga is an author, poet, journalist and musician; he is a co-host of the Stadio football podcast.