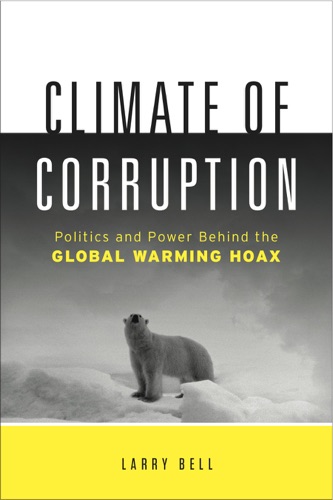 New revelations demonstrate how politics and powerful special-interest agendas have warped the most important scientific debate of the 21st century.

Melting glaciers, suffering polar bears, rising oceans—these are just a few of the climate change crisis myths debunked by noted aerospace expert Larry Bell in this explosive new book. With meticulous research, Bell deflates these and other climate misconceptions with perceptive analysis, humor, and the most recent scientific data.

Written for the laymen, yet in-depth enough for the specialist, this book digs deep into the natural and political aspects of the climate change debate, answering fundamental questions that reveal the all-too-human origins of “scientific” inquiry. Why and how are some of the world’s most prestigious scientific institutions cashing in on the debate? Who stand to benefit most by promoting public climate change alarmism? What true political and financial purposes are served by the vilification of carbon dioxide? How do climate deceptions promote grossly exaggerated claims for non-fossil alternative energy capacities and advance blatant global wealth redistribution goals?
With its devastating portrayal of scientific and government establishments run amok, this book is an invaluable addition to the tremendously popular literature attacking the scientific status quo. Climate of Corruption will bring welcome relief to all those who are fed up with climate crisis insanity.