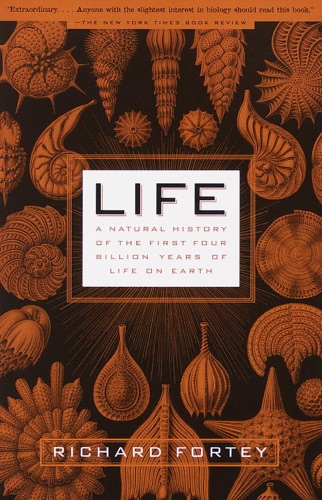 By one of Britain's most gifted scientists: a magnificently daring and compulsively readable account of life on Earth (from the "big bang" to the advent of man), based entirely on the most original of all sources--the evidence of fossils.
With excitement and driving intelligence, Richard Fortey guides us from the barren globe spinning in space, through the very earliest signs of life in the sulphurous hot springs and volcanic vents of the young planet, the appearance of cells, the slow creation of an atmosphere and the evolution of myriad forms of plants and animals that could then be sustained, including the magnificent era of the dinosaurs, and on to the last moment before the debut of Homo sapiens.
Ranging across multiple scientific disciplines, explicating in wonderfully clear and refreshing prose their findings and arguments--about the origins of life, the causes of species extinctions and the first appearance of man--Fortey weaves this history out of the most delicate traceries left in rock, stone and earth. He also explains how, on each aspect of nature and life, scientists have reached the understanding we have today, who made the key discoveries, who their opponents were and why certain ideas won.
Brimful of wit, fascinating personal experience and high scholarship, this book may well be our best introduction yet to the complex history of life on Earth.