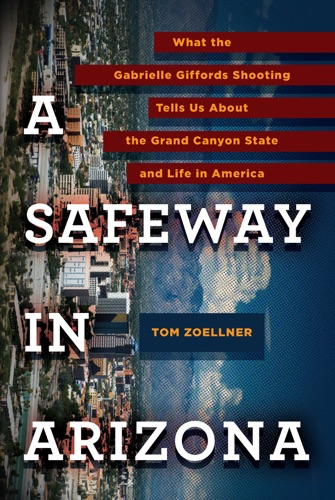 A riveting account of the state of Arizona, seen through the lens of the Tucson shootings
On January 8, 2011, twenty-two-year-old Jared Lee Loughner opened fire at a Tucson meet-and-greet held by U.S. Representative Gabrielle Giffords. The incident left six people dead and eighteen injured, including Giffords, whom he shot in the head.

Award-winning author and fifth generation Arizonan Tom Zoellner, a longtime friend of Giffords's and a field organizer on her Congressional campaign, uses the tragedy as a jumping-off point to expose the fault lines in Arizona's political and socioeconomic landscape that allowed this to happen: the harmful political rhetoric, the inept state government, the lingering effects of the housing market's boom and bust, the proliferation and accessibility of guns, the lack of established communities, and the hysteria surrounding issues of race and immigration. Zoellner's account includes interviews with those directly involved and effected, including Arizona's controversial Sheriff Joe Arpaio.

Zoellner offers a revealing portrait of the Southwestern state at a critical moment in history- and as a symbol of the nation's discontents and uncertainties. Ultimately, it is his rallying cry for a saner, more civil way of life