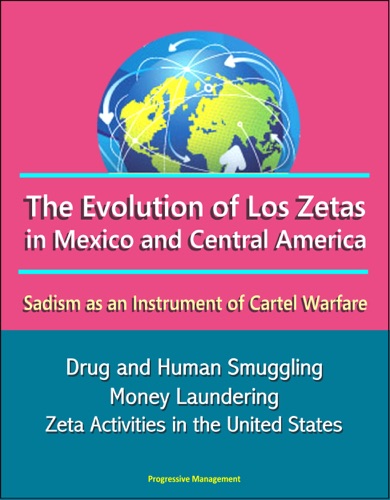 Los Zetas, which appeared on the scene in the late-1990s, have raised the bar for cruelty among Mexican Mafiosi. Traditionally, the country's narcotics cartels maximized earnings by working hand-in-glove with police, military officers, intelligence agencies, union leaders, and office holders affiliated with the Institutional Revolutionary Party (PRI), which dominated the political landscape from 1929 to 2000. An informal set of rules benefited both the drug capos and their allies in government posts. On the one hand, officials raked in generous payments from the malefactors for turning a blind eye to — or employing the Federal Judicial Police and other agencies to facilitate—the growing, storage, processing, and export of marijuana, cocaine, heroin, and methamphetamines. In return for this treatment, the kingpins were expected to keep their substances away from children, leave civilians (and especially Americans) alone, and limit their arsenals to weapons less powerful than those possessed by the armed forces. Meanwhile, the kingpins only executed enemies in remote areas (preferably north of the Rio Grande), obtained permission from rival big shots before crossing their turfs, and demonstrated respect for mayors, governors, and other prominent figures. Office holders often rubbed elbows with well-known crooks. Nevertheless, should honchos ignore the guidelines or otherwise embarrass the PRI regime, the government would retaliate with shadowy hit squads, executing the rule breakers or consigning them to long prison terms. It should be noted, however, that while incarceration is unpleasant, the "deluxe" prisoners often enjoyed comfortable accommodations and access to vintage wines, female visitors, television sets, and other perquisites denied the average inmate.